Easily load data from your desired data source like Kafka to a Data Warehouse of your choice using Hevo in real-time.

Real-time Big Data Solutions use their systematic framework to provide the best outcomes that Businesses require. In our Digital Era, Business Servers need Real-time Data Processing Services like Apache Kafka which are fast, resilient and allow their Customers to see data in “real-time” without any lag.

In this article, we’ll highlight Apache Kafka’s utility in the Business Data Handling, the Kafka Connect functionality, Kafka Connect REST APIs and how you can configure them to use and integrate with other systems.

Here’s a quick overview of the blog.

Apache Kafka is an Open Source, Distributed Streaming Platform that allows for the development of Real-time Event-Driven Applications. It enables Developers to create Applications that consistently produce and consume streams of Data Records, relying on a message broker that relays messages from the Publishers (systems that transform data into the desired format from Data Producers) to the Subscribers (systems that manipulate or analyse data in order to find alerts and insights and deliver them to Data Consumers). 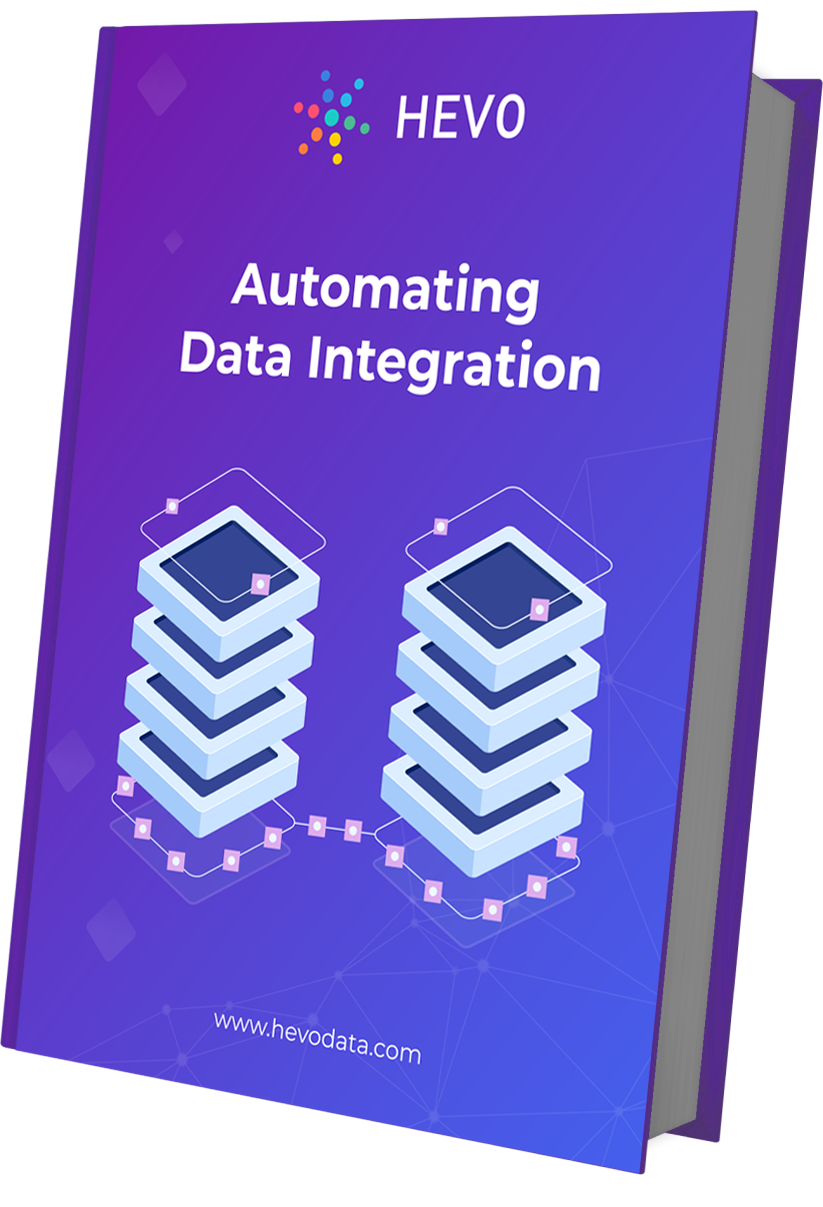 Apache Kafka is super fast and maintains a high level of accuracy for the Data Records. These Data Records are maintained in order of their occurrence inside Clusters that can span multiple Servers or even multiple Data Centers. Apache Kafka replicates these records and partitions them in such a way that allows for a high volume of users to use the Application simultaneously.

As a result, Apache Kafka has a fault-tolerant and resilient architecture. Kafka copies the partitions to other Brokers (also known as replicas) from the elected Broker (leader) to ensure robustness. A Broker is a working Server or Node; like a facilitator between Data Producer and Data Consumer Groups. All writes and reads to a Topic are routed through the leader, who organises the updating of replicas with new data.

You might also love to read about our in-depth article on Kafka replication.

Use Cases of Apache Kafka

Apache Kafka is highly useful for Applications that need:

Kafka replicates data across Geo-regions or Datacenters and is able to support multiple Subscribers. Furthermore, in the case of a breakdown or maintenance, it immediately balances Customers. That is, it is more dependable than other existing Messaging Systems.

A common production setting in Kafka is a Replication factor of 3, i.e., there will always be three copies of your data. This replication is performed at the level of Topic-partitions.

Application needs vary. Kafka is designed to cope with ingesting massive amounts of Streaming Data, with Data Persistence and Replication also handled by design. This is critical for use cases where the Message Sources can’t afford to wait for the messages to be ingested by Kafka, and you can’t afford to lose any data due to failures.

In the financial arena, for example, it is critical to detect and prevent fraudulent transactions as soon as they occur. Predictive maintenance models should continually analyse streams of data from functioning equipment and trigger alerts as soon as variations are identified. IoT devices are frequently rendered ineffective in the absence of real-time data processing capability. To address all of these, Kafka is a highly helpful Data Streaming Architecture with Kafka Connect REST API facility that helps stream Real-time data.

Hevo Data, a No-code Data Pipeline helps to load data from any data source such as Databases, SaaS applications, Cloud Storage, SDK’s, and Streaming Services and simplifies the ETL process. It supports 100+ Data Sources (40+ Free Sources) including Kafka and is a 3-step process by just selecting the data source, providing valid credentials, and choosing the destination. Hevo not only loads the data onto the desired Data Warehouse but also enriches the data and transforms it into an analysis-ready form without having to write a single line of code.

Its completely Automated Data Pipeline offers data to be delivered in real-time without any loss from source to destination. Its fault-tolerant and scalable architecture ensure that the data is handled in a secure, consistent manner with zero data loss and supports different forms of data. The solutions provided are consistent and work with different BI tools as well.

For huge amounts of data, Apache Kafka has very low end-to-end latency, up to 10 milliseconds. This means that the time it takes for a Data Record produced to Kafka to be retrieved by the Consumer is quite quick. It is because it decouples the message, allowing the Consumer to retrieve it at any moment.

Apache Kafka provides a unique capacity to publish, subscribe, store, and process Data Records in real-time, thanks to its special ability to decouple messages and store them in a highly efficient manner.

What is Kafka Connect?

Kafka Connect is a tool for scalably and reliably streaming data between Apache Kafka and other systems. It’s a Streamlined Architecture that makes defining Connectors and moving huge volumes of data into and out of Apache Kafka straightforward and rapid.

Kafka Connect may import whole Databases or metrics from all of your Application Servers into Kafka Topics, making the data available for low-latency Stream Processing. It comes with pre-built Connectors like Legacy Data Stores (such as Databases and Data Warehouses) and Modern Data Stores (such as HDFS) to connect with Kafka.

For new-age Sensors, Mobile Devices, and other Data Sources which communicate via HTTP, they frequently lack the computational power required to operate a Kafka Producer Application as well as a Kafka Client. Because of this shortcoming, the Kafka Connect REST API is a real game-changer.

Kafka Connect REST API enables these devices to quickly publish and subscribe to Kafka Topics, making the design considerably more dynamic. Any device that can connect via HTTP may now communicate with Kafka directly. This breakthrough has far-reaching implications for streamlining IoT systems. Any Automobile, Thermostat, Machine Sensor, and so forth can now interact with Kafka directly.

Kafka Connect REST API is a huge benefit since it eliminates the need to deploy intermediate Data Collectors by directly connecting the Data Sources to the Kafka Environment. It’s easy, super-fast, agile and allows any programming language in any runtime environment to use HTTP to connect to Kafka.

Kafka Connect REST API: How to Configure It?

In Standalone Mode all work is performed in a single process. It is easier to set up and helpful in cases when just one worker is required (e.g., collecting log files), but it lacks some of Kafka Connect’s capabilities, such as fault tolerance.

This mode is helpful for obtaining status information, adding and deleting Connectors without interrupting the operation, as well as for testing and troubleshooting.

The other mode of execution, Distributed mode handles automatic balancing of work, allows you to scale up (or down) dynamically, and offers fault tolerance both in the active tasks and for configuration and offset commit data.

The REST API only supports application/json as both the request and response entity content type. Your requests should specify the expected content type of the response via the HTTP Accept header:

and should specify the content type of the request entity (if one is included) via the Content-Type header:

Kafka Connect REST API can be configured using the listeners configuration option. This field should contain a list of listeners in the following format:

Currently, supported protocols are HTTP and HTTPS. For example:

Note: Kafka Connect REST API useful for managing Connectors, by default runs on port 8083 if no listeners are specified. The REST API returns standards-compliant HTTP statuses for status and errors. Clients should check the HTTP status, especially before attempting to parse and use response entities.l

all endpoints will utilise a common error message format for all errors with status codes in the 400 or 500 range. For example, requesting an entity that omits a required field may generate the following response:

can be used to change the URI which will be used by the follower nodes to connect with the leader.

Kafka Connect REST APIs finds various use cases for producing and consuming messages to/from Kafka, such as in:

Mobile Applications require an integration framework via HTTP and request-response.  WebSockets, Server-Sent Events (SSE), and similar concepts are a better fit for Event Streaming with Kafka. They are in the Client Framework, though often not supported. This is where Kafka Connect REST APIs come in handy.

When compared to TCP ports of the Kafka-native protocol used by clients from programming languages such as Java, Go, C++, or Python, HTTP ports are much easier for security teams to open. In the case of DMZ pass-through requirements, for example, InfoSec owns the DMZ F5 proxies. The use of REST Proxy simplifies integration.

HTTP/REST and Kafka are frequently combined to take advantage of the best of both worlds: decoupling with Kafka and synchronous client-server communication with HTTP. A common architecture is a service mesh that uses Kafka in conjunction with REST APIs.

For more information on the strengths and weaknesses of the Kafka Connect REST APIs, you may refer to the following article- A Comprehensive REST Proxy for Kafka.

This blog covered Apache Kafka, the Distributed Publish-Subscribe Messaging System, Kafka Connect and Kafka Architecture along with Kafka Connect REST API and its configuration, with use cases and features.

Most Developers and Administrators consider Kafka Connect REST APIs to be the natural choice for many best practices and security guidelines. Without the need for additional Data Stores, you can use the Kafka Connect REST APIs and its surrounding ecosystem for both subscription-based consumption and key/value lookups against materialised views.

In Businesses, extracting complex data from a diverse set of Data Sources can be a challenging task and this is where Hevo saves the day!

Hevo Data, a No-code Data Pipeline provides you with a consistent and reliable solution to manage data transfer between a variety of sources such as Kafka and REST APIs, and a wide variety of Desired Destinations with a few clicks.

Hevo Data with its strong integration with 100+ Data Sources (including 40+ free sources) like Kafka allows you to not only export data from your desired data sources & load it to the destination of your choice, but also transform & enrich your data to make it analysis-ready so that you can focus on your key business needs and perform insightful analysis using BI tools.

Sign Up for a 14-day free trial and experience the feature-rich Hevo suite first hand.

Tell us about your experience with Kafka and the Kafka Connect REST API in the comments section below. We’d appreciate it if you could get in touch with us. 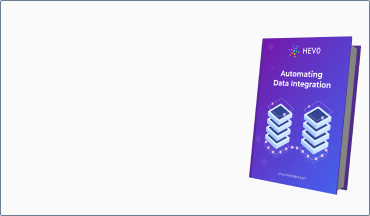