Hevo allows you to easily replicate data from MongoDB to a destination of your choice in a secure, efficient and a fully automated manner.

Data replication is a must to keep your data protected, ensure high data availability, and ease of access, especially in the event of any unexpected error such as a system crash, hardware or software-based error, etc. Replication in MongoDB takes place with the help of MongoDB Replica Sets, each of which contains a set of MongoDB instances.

The present article aims at providing a step-by-step guide to help you create a MongoDB Replica Set easily and execute data replication for your MongoDB instances. A complete walkthrough of the content will help you develop the skill to set up MongoDB Replica Sets using various methods.

MongoDB is a high-performance document-oriented database that is powered by a NoSQL structure. It makes use of collections (tables) each having multiple documents (records) & allows the user to store data in a non-relational format.

MongoDB stores its data as objects which are commonly identified as documents. These documents are stored in collections, analogous to how tables work in relational databases. MongoDB is known for its scalability, ease of use, reliability & no compulsion for using a fixed schema among all stored documents, giving them the ability to have varying fields (columns).

Hevo can be your go-to tool if you’re looking for Data Replication from 100+ Data Sources (including 40+ Free Data Sources) like MongoDB into Redshift, Google BigQuery, Databricks, Snowflake, and many other databases and warehouse systems. Hevo supports real-time replication for MongoDB, it also supports Changestreams mode, hence you can replicate in real-time. To further streamline and prepare your data for analysis, you can process and enrich Raw Granular Data using Hevo’s robust & built-in Transformation Layer without writing a single line of code!

In addition, Hevo’s native integration with BI & Analytics Tools will empower you to mine your replicated data to get actionable insights. With Hevo as one of the best MongoDB Replication tools, replication of data becomes easier.

What is Replication in MongoDB?

MongoDB supports replication with the help of Replica Sets. These Mongodb Replica Sets are a combination of various mongod instances, each of them having a single primary node and multiple secondary nodes. The secondary node automatically copies the changes made to the primary, ensuring the same data is maintained across all servers. During the time of a failover or recovery process, the election mechanism chooses the new primary node. Replicating data from MongoDB can be a tiresome task without the right set of tools. Hevo’s automated platform empowers you with everything you need to have a smooth Data Replication, Collection, and Processing experience.

For further information on replication in MongoDB, you can check the official documentation here. 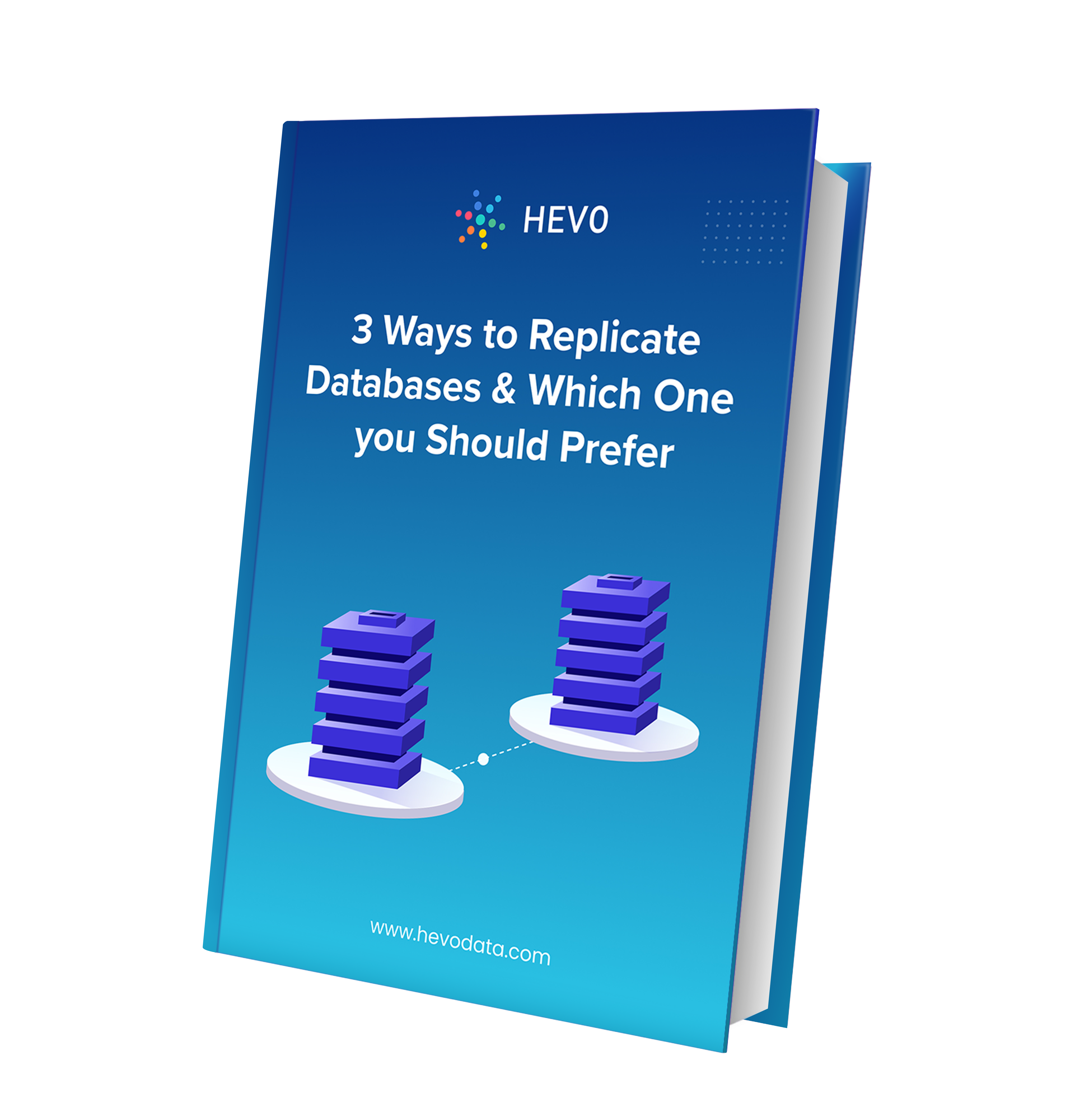 Why do you need Replication?

Replication is synchronizing data across multiple servers or storage space. It gives redundant data and allows users to store multiple copies of data in different servers to make it available all the time. Replication avoids data losses in events of uncertainty by making copies. Replication is needed because of the following points listed below:

How does Replication Work in MongoDB?

Replicating data can be a tiresome task without the right set of tools. Hevo’s automated platform empowers you with everything you need to have a smooth Data Replication, Collection, and Processing experience. Our platform has the following in store for you!

MongoDB lets users conveniently replicate their data using Replica Sets and use them for various purposes such as testing and development, production, etc. You can use the following methods to create and deploy your MongoDB Replica Sets:

You can set up a new Replica Set in MongoDB using the following steps:

To start the mongod instance, specify the port value for your Mongo instance along with the path to your MongoDB installation on your system. Use the following command to enable your mongod instance:

MongoDB uses the port 27017 as its default port. In case the user doesn’t specify the port number, MongoDB automatically establishes a connection with the default port.

The –repelset parameter specifies the name of the Replica Set, which will store various MongoDB instances. Here the replica set is called replicaSet1.

A Replica Set contains multiple instances that communicate with each other. To establish communication between them, you need to specify the hostname along with their IPs as follows:

You can also connect them by using the following lines of code:

To establish a complete connection, you need to use these commands once with every server by changing the server/nodes as required.

Once you’ve made all the configurations, you now need to open the Mongo Shell with your primary instance and use initiate command as follows:

You will now see the following output on your system. This indicates that the replication process has begun:

This is how you can use the rs.initiate() command to start the replication process. The Mongo Shell will now change its prompt to the name of your  Replica Set, replicaSet1.

Once you’ve initialised your Replica Set, you can now begin to add the various MongoDB instances to it using the add command as follows:

For example, if you want to add the node-2 and node-3 to the Replica Set replicaSet1, you can use the following command in your Mongo Shell:

The output {‘ok’:1} indicates that a MongoDB instance has been successfully added to the Replica Set. To check the status of the replication, you can use the status command as follows:

The status command will produce the following output if the MongoDB instances have been added successfully:

This is how you can add MongoDB instances to your Replica Sets.

MongoDB Replica Sets also allows users to remove single or multiple instances they’ve added to the Replica set using the remove command. To remove a particular instance, you first need to shut it down using the following command:

Once you’ve shut down the server, you need to connect with your primary server and use the remove command as follows:

For example, if you want to remove the “node-2” instance from replicaSet1, you can use the following command:

This is how you can remove a MongoDB instance from your Replica Set.

You can test the process by adding a document in the primary node. If replication is working properly, the document will automatically be copied into the secondary node.

First, connect to the primary node and add a document using the insertOne command as follows:

Switch to your secondary node, node-2 using the following command:

If replication has taken place properly, the document in your primary node will automatically be copied to the secondaries. You can check this using the find command as follows:

The find command will access the database movies and the collection release_year and output the stored documents as follows:

The above output indicates that the document was automatically replicated into the secondary node. This is how you can easily set up a MongoDB Replica Set and perform various operations on it.

Method 2: Converting a Standalone Instance to a MongoDB Replica Set

MongoDB allows its users to transform their standalone MongoDB instances into a Replica Set. Standalone instances are used in the testing and development process, whereas the Replica Sets are a part of the production phase.

First, shut down your mongod instance using the following command:

Restart your mongod instance. You must use the –repelSet parameter in your command to specify the Replica Set you’re going to use. Users must specify the name of the server along with their unique IPs in their command as follows:

You can even check the status of your MongoDB Replica Set, using the rs.status() and rs.conf() commands.

This is how you can convert your standalone MongoDB instance into a MongoDB Replica Set.

Method 3: Setting up a MongoDB Replica Set for Testing & Development

This can be implemented using the following steps:

You can easily create directories for all the instances that are a part of the Replica Set using the following command:

This command will create directories for three MongoDB instances rs0-0, rs0-1, and rs0-2.

Once you’ve created directories for your Replica Set members, you can start the MongoDB instances for each of them using the following set of commands:

Use the following command for Server 1:

Use the following command for Server 2:

Use the following command for Server 3:

The –oplogSize parameter is used to prevent the machine from getting overloaded during the test phase. It helps reduce the amount of disk space each disk consumes.

Connect to one of the various MongoDB instances that are a part of your ReplicaSet using the Mongo Shell. You can use the following command to connect using the port number:

Use the rs.initiate() command to start the replication process and create a configuration object as follows by replacing the hostname parameter with your system name:

Pass the configuration object file as the parameter for the initiate command and use it as follows:

This is how you can create a MongoDB Replica Set for testing and development purposes.

For further information on creating Replica Sets in MongoDB, you can check the official documentation here.

Start mongod instances on various machines to add members to the replica set. Start a mongo client and use rs.add() command.

The rs.add() command has the following basic syntax:

Assume mongod1.net is your mongod instance, and it’s listening on port 27017. Use the Mongo client command rs.add() to add this instance to the replica set.

This article teaches you how to set up MongoDB Replica Sets with ease and answers all your queries regarding it. It provides a brief introduction of various concepts related to it & helps the users understand them better and use them to perform data replication & recovery in the most efficient way possible. These methods, however, can be challenging especially for a beginner & this is where Hevo saves the day.

Hevo Data, a No-code Data Pipeline can help you replicate data from various sources to your desired destination in real-time, without having to write any code. It also helps you transform & enrich your data, & make it analysis-ready so that you can focus only on your key business needs and perform insightful analysis using BI tools. Hevo being a fully-managed system provides a highly secure automated solution to help perform replication in just a few clicks using its interactive UI.

Want to give Hevo a spin? sign up here for a 14-day free trial and experience the feature-rich Hevo suite first hand. Have a look at our unbeatable pricing, that will help you choose the right plan for you.

Why don’t you share your experience of setting up MongoDB Replica Sets in the comments? We would love to hear from you! 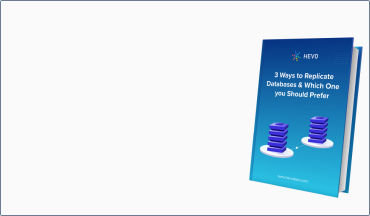