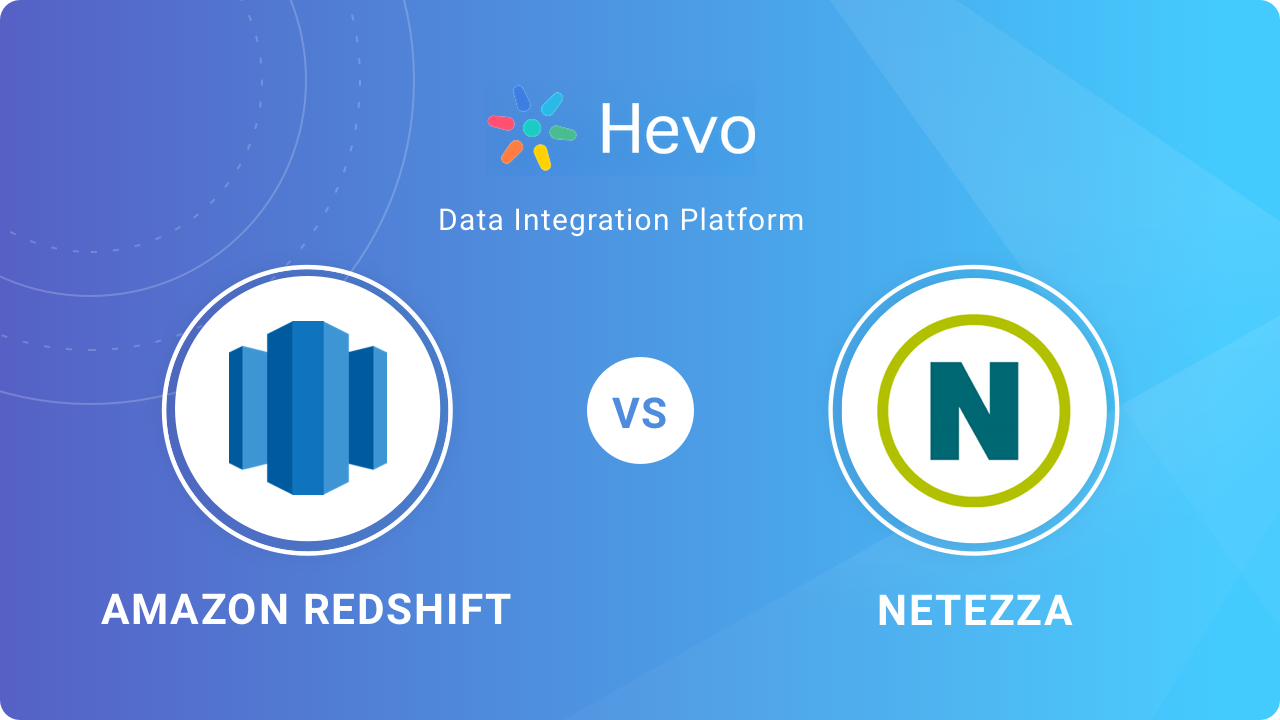 In today’s world where analytics is the backbone of the progress of any business, there are many established technology players who are providing equally good solutions for Data Warehousing. In a set up like this, choosing the warehouse without a deep feature and architectural comparison can be a tricky call. This blog aims to help you evaluate two of the most talked about warehousing solutions currently available in the market – Redshift Vs Netezza.

The blog will compare the two Data Warehouse solutions based on their architecture, use cases, performance capabilities and pricing. At the end of the article, you would have enough data points to be able to choose the right solution for you.

Amazon Redshift is a solution based on the MPP architecture (massively parallel processing). It has a cluster-based architecture and employs a columnar data storage technique to get a high level of performance from the configured system.

Netezza Twinfin is the advanced analytics and warehousing solution provided by IBM. It currently has been rebranded as IBM Puredata for analytics (PDA).

While comparing Redshift vs Netezza, one of the primary aspects you would want to consider is the architectural strengths and weaknesses. Here is a quick overview of the same.

Here are the core components of Redshift’s architecture:

You can read more about Redshift Architecture here.

Here are the highlights of Netezza’s architecture.

Getting into more details and depth of Netezza would be out of the scope of this blog. You can read more on Netezza’s architecture here.

Amazon redshift employs various techniques or features to improve the overall performance of the system:

In order to understand the next segment, you would have to read up and understand about Netezza’s Snippet Processing Unit – SPU(Learn more about SPUs here). In simple terms, SPUs comprise of individual units that provide CPU, memory, and processing power for the queries (snippets – as Netezza terms it) that run on Netezza. The following features on Netezza guarantee high performance:

Netezza makes use of zone maps which provide the mapping to the data records or extent as called in Netezza which is the data stored in a single SPU. Zone mapping in the latest releases can be of 2 types.

Netezza, like redshift, has a concept of distribution keys where we can specify the columns on which the data should be distributed among the MPP enabled backend SPUs. Unlike redshift, Netezza can have a maximum of 4 columns which helps to distribute the data among the SPUs.

Data in Netezza, unlike redshift, is stored in a row ordered manner, and compression happens based on the similar values in the columns of a table.

Redshift pricing depends on the number of nodes and the type of nodes one chooses for setting up an infrastructure having a redshift. There are mainly three ways to avail redshift services:

For more details on the pricing, you can visit: https://aws.amazon.com/redshift/pricing/

The Usecase for Redshift and Netezza:

So, should you choose Netezza’s on-premise system or Amazon’s on cloud only offering – Redshift?

Given we are talking about large chunks of data being loaded into the warehouse for analysis, you should carefully evaluate your options to load data in a reliable manner to your warehouse. If not thought through, this can prove to be one of the biggest challenges in your warehousing project. There are two ways to approach this:

Hope this blog was able to share enough perspectives around considerations you should make while choosing a Data Warehouse Solution. If you have not yet made up your mind on a warehouse solution, you should consider reading Redshift Vs BigQuery here and Snowflake Data Warehouse features.

How are you going to choose between Redshift and Netezza? Let us know in the comments.